Fundação Getulio Vargas was rated the world’s third most important think tank, up two places from last year, in the latest Global Go To Think Tank Index Report, which has just been published by the University of Pennsylvania. FGV competed against more than 11,000 peers in a vote by almost 4,000 specialists on five continents, including academics, business people and public officials. For the 12th consecutive year, FGV was rated the most influential institution in Latin America and for the fifth consecutive year it was rated the world’s best administered think tank. Twelve years ago, when FGV first featured in the ranking (which has existed for 13 years), it was ranked 27th in the world. Read more here 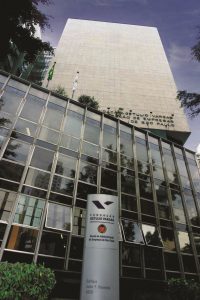 DCU is named The Sunday Times University of the Year

Recognised as a champion of social mobility, Dublin City University has been named The Sunday Times University of the Year...Read All

Congratulation to our partner school in Canada

Brock University’s Goodman School of Business has received accreditation from the European Foundation for Management Development (EFMD) for one of...Read All

Two years ago, Goodman School of Business Dean Andrew Gaudes was given a mandate as the newly appointed President of...Read All